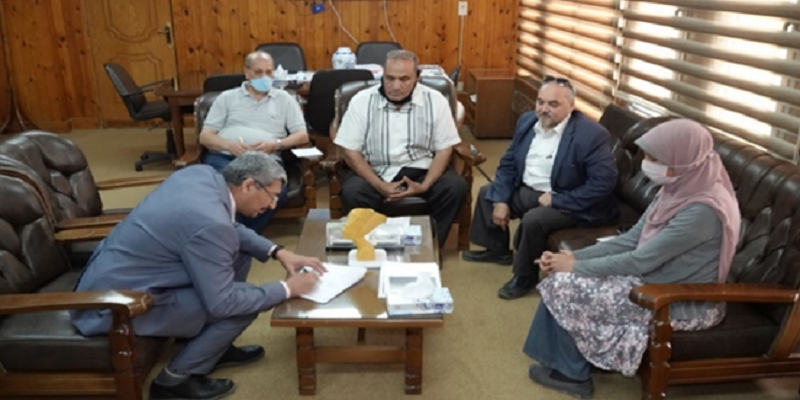 Within the framework of the Egyptian state’s plan, which was prepared more than a year ago, for the honorable participation in this important global forum – Dubai Expo 2020 – the Ministry of Higher Education and Scientific Research prepared its part of this plan and included many actors in the field of higher education and scientific research. During the exhibition, and within these events, a workshop entitled: “The Role of Scientific Research in Egypt in Community Development at the National and African Levels” was organized and implemented. Prof. Emad Ewais welcomed all the participants from Arab and foreign countries at the opening of this event. He extended his thanks to H.E. Minister of Higher Education and Scientific Research, Prof. Khaled Abdel Ghaffar, and also the Egyptian government and the political leadership of the ambitious plan that was developed for the honorable participation of all the ministries and institutions of the Egyptian state in this important global forum - Expo Dubai 2020 - and the supervisor not only for the United Arab Emirates but also for all Arab countries. Prof. Ewais pointed out that this event revolves around the role of scientific research in Egypt in the development of industry, which in turn contributes strongly to the development of the society. After that, the sessions of the event began with a presentation by Prof. Emad Ewais about the role of CMRDI in developing the Egyptian industry, which contributes to increasing the domestic product and consequently the development of society. The localization of various technologies and capacity-building in many industrial sectors, which contributes strongly to supporting the Egyptian industry and increasing competitiveness.