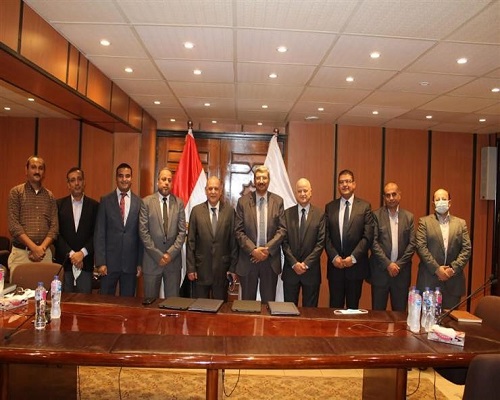 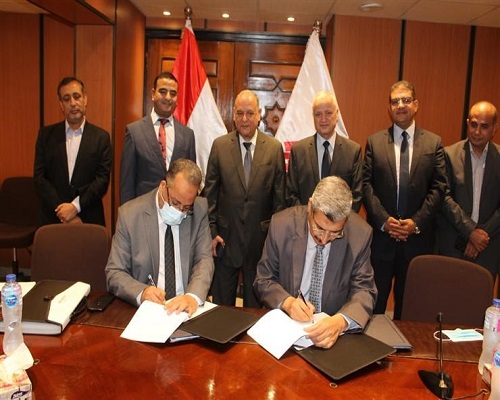 follow up on the Ukrainian company "Fash Machinepix’s" implementation of the works of the first phase of the agreement concluded between the Holding Company for Metallurgical Industries and the Ukrainian company within the framework of the cooperation agreement between the Egyptian and Ukrainian governments in the commercial, economic, scientific and technical fields, signed on 2/11/2018. Since the agreement stipulates that a consultant be appointed as a third party from the Egyptian side to supervise the operations and analyze the results of the first phase, and that both parties to the agreement take into account the results and recommendations of this consultant, the Holding Company for Metallurgical Industries submitted three offers, one of them from a specialized German company and the second from one of the engineering colleges. The first phase of this agreement includes the establishment of a semi-industrial (experimental) unit to concentrate iron ores in the Ghorabi area in the Bahariya Oasis, the technical mapping of the iron ores mines area in the Bahariya Oasis, and the work of an economic feasibility study for the possibility of industrial implementation of this project. Within the framework of this contract, the center will supervise the engineering works, establish and operate the semi-industrial unit to concentrate iron ores, assess the environmental situation, and train employees of the Iron and Steel Company for Mines and Quarries on operating the unit, geological and mining works, and an economic feasibility study. It is planned to complete the work of this project in a period of eleven months.